The Shaiva canon in Indonesia: Edition, translation, and digitisation of constitutive texts in Old Javanese and Sanskrit 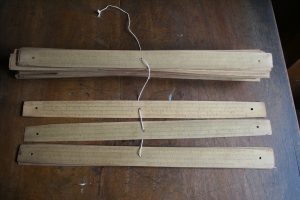 The proposed project envisages a « corpus approach » focusing on the textual canon of the Śaiva religion in Java and Bali until the 16th century. It aims at constituting a research team working on the edition, translation and digitisation of religious texts in Sanskrit and Old Javanese that have survived to us through palm-leaf manuscripts written in regional varieties of Indic alphabet, which have been found in different regions of Java, Bali, and Lombok.

Upholding a comparative and multidisciplinary perspective including Indian sources, the project will foster the study of the canonicisation of religion against the wider background  of transregional and transcultural phenomena pertaining to the domains of the languages, writing systems,  religious beliefs and social practices, as well as to the materiality of manuscripts. It will contribute to dismantle the intellectual barriers erected along the borders of the contemporary Nation-States, which prevent us from recognising the connected histories of different areas of South and Southeast Asia. It will also enable students and specialists with different skills and academic backgrounds to approach the dilemmas posed by the texts from their own disciplinary perspectives, thereby stimulating the exploration of new methodologies as well as the definition of new research objectives.