Intralingual translation, diglossia, and the rise of vernaculars in East Asian classical and premodern cultures 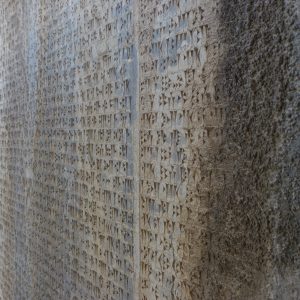 This project aims at highlighting textual practices in East Asian classical and pre-modern traditions characterized by the widespread use of what could globally be called intralingual translation. In China as well as in neighbouring cultures (ancient empires of the Central Asian and Altaic areas, Japan, Korea, Vietnam), strikingly similar kinds of writing procedures can be observed in which the semiotics of the text is achieved not only through the explicit level of its contents, but also through the implicit dimension of the linguistic choices that were made in order to carry it. Citation, commentary, the transmission of knowledge, the formation of narratives, or the circulation of themes across different genres, all routinely involve this kind of re-semantisation through rewriting, making use of a remarkably wide range of discursive strategies.

These phenomena touch on many grey areas marked by a whole assortment of paradoxical factors, among which: the exact place of translation in a cultural area, the so-called “Sinographosphere”, build in good part on the claim of a unifying written medium between countries of completely different languages; the apparent legibility and fluid circulation of texts between countries, as well as within countries, relying on a written language (classical Chinese) renowned for its high diachronic stability; the role of vernaculars, diglossia, and even pluriglossia, within cultures that actively developed their use despite the above-mentioned unifying factors; the respective places and mutual relationships of so-called “high” and “low” levels in said diglossiae or pluriglossiae (or digraphiae and plurigraphiae); the sometimes highly blurred frontier between commentary and other forms of re-semantisation, e.g., rewriting, rewording, amplification, full-fledged translation, or genre hopping.

The general strategy of the project is to produce a general survey of these aspects through the garnering of highly specialized contributions each focused on a different facet of the above-mentioned problematics. These aspects rely on a wide range of geographic and temporal data. The contributions cover the whole East-Asian cultural area and a large timeframe, as a way to shed light on phenomena common to written traditions that share significant cultural, hence textual, hence linguistic, space- and time-depths.

In the context of SCRIPTA-PSL, the project has already generated a plurennial, transversal seminary aimed at confronting diverse situations in various cultural and historical environments, not limited to the East-Asian area. (See https://diglossintral.sciencesconf.org .)